Seth Woodworth and I have started a site to help consumers understand the legalese of websites: FriendlyToS. Over the coming weeks and months, we'll be coding scrappers and differs to help users identify changes in terms of services when they happen and figure out what those dense blocks of text mean. Along with that, we will also be writing blog posts covering online legalese issues and news. And just like with my Humphrey blog posts, I'm going to put up a summary here when I make a FriendlyToS post. With that said, here is my first FriendlyToS post:

Real harbors do a lot of good for society. They allow commerce and immigration. But its no secret that surely old salts spend a lot of time in harbors. Imagine for a second that you own a harbor. In your harbor, Bluto has been trash-talking Popeye, and now Popeye wants to sue you because of what Bluto said. Does that sound fair to you? And would you want to continue to own your harbor if every bad thing a sailor said on your docks became a lawsuit for you?

FriendlyToS is no longer on the Internet. The content of the originally referenced post has been reproduced below.

Stanford has generated a lot of buzz with its upcoming online Artificial Intelligence (AI), Machine Learning, and Database courses. So much buzz that the AI course, which professors Thrun and Norvig though would attract a few hundred online students, has an enrollment of at least 100,000. A lot of people are taking advantage of this great opportunity. And if those people take a gander at the courses' ToS (here is the DB course's) they'll find this interesting tidbit:

Stanford is not a publisher of any of the content of the Sites, or of any content that may be available through links to and from them, and is acting solely as an internet service provider. 47 U.S.C. S 230(c)(1).

So is Stanford not providing these courses? Are they lying to all those online students with promises of awesome classes? And since when has Stanford been an ISP?

Well, these are Stanford courses, taught by Stanford professors. This tidbit is actually pretty innocent. It, or some variation, is pretty common among websites that allow visitors to make posts or upload media, including sites maintained by universities. All that it says is that the site is sitting in the Safe Harbor of the Communications Decency Act. 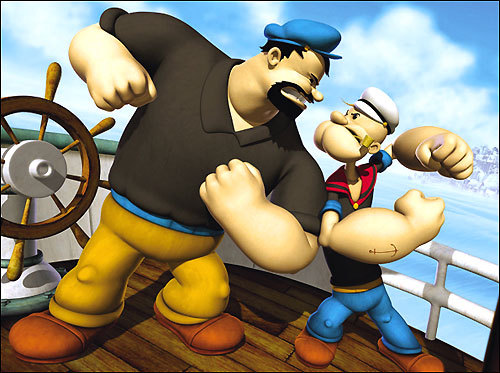 Real harbors do a lot of good for society. They allow commerce and immigration. But its no secret that surly old salts spend a lot of time in harbors. Imagine for a second that you own a harbor. In your harbor, Bluto has been trash-talking Popeye, and now Popeye wants to sue you because of what Bluto said. Does that sound fair to you? And would you want to continue to own your harbor if every bad thing a sailor said on your docks became a lawsuit for you?

This is what Safe Harbor, aka Section 230, is all about. Following a tradition in media law, Congress decided that an organization that allows users to post content should not be liable for what users post. Otherwise, companies like Facebook and Verizon would have to moderate every message that its users send - or face so many lawsuits that they would go out of business. In making this decision, Congress also created an important distinction between Interactive Computer Services (ICS) and Information Content Providers (ICP). Information Content Providers are people and organizations that create actual content, like videos and blog posts (hey, FriendlyToS is an ICP!) Interactive Computer Services (which sometimes are called Internet Service Providers) are services that let ICPs post their content to the Internet. Under Section 230, an ICS is protected from most legal troubles that can result from its users - the ICPs - posting defamatory, libelous, or misrepresentative messages.

So all that Stanford is doing in its ToS is pointing out that, by hosting the websites for these online classes, the University is an Interactive Computer Service and protected from most lawsuits by the Safe Harbor of Section 230. Professors Thrun and Norvig, and students who post questions and discussions, are the ICPs creating all the content. Thus, if you think a student is defaming you on ai-class.com, you can’t sue Stanford over it. You have to find that student and sue him. Likewise, if you go on Facebook and say horrible and false things about somebody else, you are the one who is responsible and will be in trouble; not Facebook.

The Bluto and Popeye picture are from this Boston.com article.

Internet Policy, Safe Harbor, Section 230, User Responsibilities
Let me know what you think of this article on twitter @wbushey or leave a comment below!
comments powered by Disqus
Read More
Halite III Goals
This week I joined a few co-workers in entering the Halite III AI competition. While I have not participated in previous Halite competitions, I'm very excited to take part this... Continue Reading

In Which Verizon Does Opt-Out

Government and Your Data